The Price of Poor Project Management 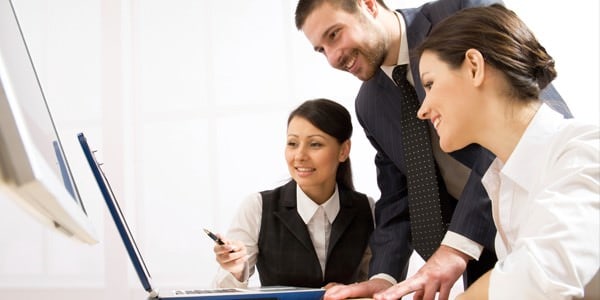 It is no longer a question whether project management is important. Recent numbers from a survey by Oracle state that 90% of respondents believe project management to be critical (47%) or somewhat important (43%) for the successful project delivery and the ability of the organisation to remain on the market.

Only 2.5% of projects are successful

Still, according to a research based on 10,640 projects from 200 organisations from 30 countries and published in the Gallup Business Journal, only 2.5% of all projects were successfully completed.
The Harvard Business Review analysed 1,471 IT projects only to establish that one in six IT projects have an average cost overrun of 200% and a schedule overrun of 70%. These failed projects cost between $52 and €156.5 billion per year in the US only and an additional $156.5 billion within the European Union.

Even worse, one of Geneca’s surveys states that 75% of Business and IT managers believe their projects are meant to fail. How is this so, when they are the people who should support and fund the company’s new endeavours, choose and stand beside the project manager? The answer lies within previous experience. When you have so many failed projects and so few successful ones, it is hard to be pragmatic and optimistic at the same time.

Taking into account Wricke’s data claiming that only 56% of project managers are certified, education might be the key to overcome these costly failures. Here are some of the most disastrous project management mistakes that might have been avoided:

Poor Service Strategy
A grand example of underestimating the value and scope of a project, the UK’s NHS National Program for IT has come to a halt after the initial budget of €4.6 grew to a staggering €22 billion. Experiencing multiple technical issues and reaping the fruits of ignoring cultural changes, it went four years behind schedule, with many troubles along the way. If only someone had done a better analysis of the scope and value of the world’s largest government IT project, maybe it would have now been reality.

Lack of Requirements and Control
Bad project management has even put FBI in the Catalogue of Catastrophe – a list for major business failures from all over the world. The idea of this business endeavour was to replace all paper reports with reports done through an intelligent electronic system. After $172 million spent, the project will never be completed. The reason? Total lack of control, clear requirements and supervision, which led to constant changes and delays. A good business plan and better governance might have saved this…

ITSM Zone courses that could have prevented this project failure: ITIL, COBIT, OBASHI

Failure to Communicate
US Homeland Security might be one of the best in the world, but it has also suffered from a serious case of bad project management. No less than 862 contractors were hired to create a new anti-terror tracking system. The result was a product full of flaws and failing to run even basic codes. Admitting the potential implementation of this solution is a security risk, the government has put the project on hold while reworking its entire plann. According to many, the lack of communication between the government and the separate contractors, as well as the failure of the project leads to communicate their requirements led to a total fiasco that was worth $507 million.

ITSM Zone courses that could have prevented this project failure: BRM, OBASHI

Ignoring the Stakeholders’ Needs
Ever heard of ‘Dumbjet’? This is how the engineering parts management system by Australian company Qantas was renamed after its failure. Meant to be a ‘Jetsmart’, this solution has led to numerous protests by various engineering unions who refused to use it. Branded as ‘useless’ by industry experts, the system was discontinued and replaced with a different one. The Financial Director of Qantas has later on admitted that the company’s biggest mistake was ignoring the stakeholder’s needs by never asking them what they actually need this system to do or whether the design was good enough from an engineering point of view. Too bad he has learned his lesson the hard way – after losing €37 mil and endangering the company’s good name.

No Consideration for Culture Change
The JPA (Joint Payroll Administration) by UK’s Service Personnel and Veterans Agency is a proof that even a working system may fail if the project manager underestimates culture change. The system’s release led to a series of wrong or missing payments for the country’s Army, Air Force and Navy. As a result, the JPA is no more even though it was fully operational. The fault lies with the non-user-friendly interface and the lack of training, which made those who had to use the solution unable to do so. The project cost itself was a reasonable $101million, but the government never disclosed exactly how much they lost because of the numerous errors.

ITSM Zone courses that could have prevented this project failure: ITIL, BRM, DEVOPS

Lack of Supervision
Sometimes there is more to learn in a university than we expect. It took five years and
$28.5 million before the University of Wisconsin even realised that its Payroll and Benefits system project was headed for disaster. How did this even happen? No one knows, as the university’s governing body did not receive a single report while the project was active.

Failure to Execute Quality Control
Known for its reliability and precision, even the Lufthansa airline service has faced a $44 millionproject failure. FACE (Future Airline Core Environment) was meant to become the better alternative of the existing reservations system of the airline, but after two years of development, the company was forced to publicly admit that the project was cancelled. According to Lufthansa, the reason for the failure is the low quality of some of the system’s core components, mainly delivered by external contractors. Even though the quality was monitored during the project’s development, proper quality control was never really executed.

Failure to Establish the Performance Requirements
The world was in danger of losing its largest arts festival after the project for their new online ticket purchase system went sour. The Edinburgh Festival Fringe (The Fringe) was in a shambles after the sales tool failed only a day after its release meaning tickets were never sent to purchasers. That of course resulted in cash flow issues and compensation claims. This project manager sure needed to more carefully consider the performance requirements for the tool before investing $1.4 million in a system that would only work for a day after its release.

Failure to Evaluate Risks
The Field Data Collection Automation project (FDCA) commissioned by the US Census Bureau should have been an integral part of the completion of the US decennial census involving 1 million new hires and 10 years of work. It was meant to replace the paper reports filled in by field workers with a handheld computer device. The development of the technology turned out to be much more complex than expected, so an external contractor needed to be hired to complete it instead of the in-house team. This caused delays and loss of resources that might have been prevented if the risks were properly evaluated before the project’s execution has begun.

ITSM Zone courses that could have prevented this project failure: ITIL, COBIT, OBASHI

Poor Organisation of the Service Transition
There is no doubt that the change of services was not handled properly by British Airways and the British Airports Authority, when they have tried to move operations to the new, state of the art Terminal 5. Almost every component of the transition was ignored causing huge backlog of reservations, 28,000 lost bags and no opportunity for passengers to have their luggage checked in. Employees were not trained to meet the needs of the new operation, while numerous bugs appeared in the system proving that the pre-release tests were insufficient. If only this project manager has taken ITSM classes…

ITSM Zone courses that could have prevented this project failure: ITIL
Many of these projects failed for similar reasons. Lack of understanding of the project scope, poor ongoing governance and failure to manage cultural change are common themes.

Educating stakeholders at all levels of the business can help to minimise the risk (and cost) of project failure. Whether you’re managing a project, developing requirements or receiving project outputs, it pays to know what’s going on.

These courses from ITSM Zone can all help to raise organisational skill levels and lead to more successful projects:

ITIL – helping to manage the service lifecycle from strategy through to design, transition, operation and improvement
DevOps – learn how iterative development and deployment can lead to better performance
COBIT – organisational governance
OBASHI – dataflow mapping, leading to better understanding of your services
ISO/IEC20000 – the international standard approach for IT service management
BRM – building better relationships with stakeholders and focusing on value delivery 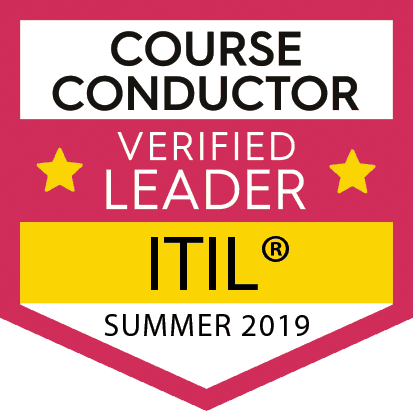